A downloadable game for Windows

It has fashion, it has food, and it has puns. Glamorous Zombie Flakes is an old-school, console-style RPG where the player must guide Katherine, Lydia, and friends as they join a modeling agency and then use their talents to cure zombies of their bizarre affliction. Chase UFOs, cleanup the school, and make breakfast cereal while you're at it.

Check the readme file for system requirements and technical info. And checkout the game manual: as PDF or images 1 2 3 4 5 6 7

Katherine - generally cool and reserved but always interested in opportunities for material gain. Prefers to avoid Charlotte. Decided to become a model only at the urging of her friend, Lydia.

Lydia - admirer of the modeling profession since childhood, she gradually came to believe that her dream of joining the agency was an attainable goal.

Charlotte - an acquaintance of Katherine and Lydia's who, unbeknownst to them, has also joined the agency recently. Together with Rodney, she accepts an important job from the director.

Tina - administrative staff member at the agency. She takes her job seriously, but also takes pleasure in teasing or sowing confusion in the others.

Daisy - former member of the now defunct, famous modeling trio called Three-Color Bouquet. Currently fills a management role at the agency, but worries that the responsibility may be too great for her.

Rodney - a long-time agency member who has cured many zombies. He is devoted to the cause of modeling and maintains a positive attitude. Welcomes the new members and dubs them the "new kids."

Phillip - a chef who believes he is destined for greatness. After an incident at the restaurant, he decides to use his vacation time to learn more about modeling.

Sameera - a knowledgeable and skilled florist who decides to intervene when she witnesses strange events on Lemon. She seems to know Bill somehow and is often critical of his methods.

Ziguana - runs a recreational park for iguanas. He finds humans frustrating and has little interest in their affairs, but is willing to engage in trade.

Lily - another former member of Three-Color Bouquet. She was thought to have left Lemon, but reappears unexpectedly to speak to the director.

the director - leader of local government at the townhall. She respects the agency and relies on them to keep zombie outbreaks under control.

Bill - a mysterious man who specializes in intelligence gathering. He doesn't reveal his face and asks to be referred to by his codename: Bill. His real identity is unknown.

video capture from the 32X version!

video capture from the N64 version!

(note that the N64 version requires a real N64 and special hardware to play! Emulators can't seem to handle it right now.)

Finetune your intervention strategy with this zombie status guide.

In order to download this game you must purchase it at or above the minimum price of $14 USD. You will get access to the following files:

What about adding CD32 standard controller to Amiga version? You can use then all 4 (or even 7 if required) buttons to actions.

I posted a new build with additional code for supporting CD32 pads, however I have no actual CD32 pad to test it on real hardware myself. Select the CD32 option in the config utility (or command line) and give it a try. The in-game Button config should allow buttons A,B,C,4,5,6,7

Thanks! I'll test it today evening and let You know how it's working.

Ok, I had no time before today to check it, but now I'm doing this.

CD32 joypad control is working, but... is possibility to save custom control settings? Because default one are not fitting well in my opinion. But after remapping and quit settings are not saved.

After remapping the buttons, create a save file (any slot) and the settings should be restored next time you launch the game.

I just bought game, big thanks for Amiga version!

My configuration is A1200 and Warp 1260 with 68060@100MHz, 224MB FastRAM, fast SD card (V30) in Warp SD slot (much faster transfer than by IDE onboard A1200). But there is problem with sound and fading out at once. Sound begins to be very jerky when fade out begins (e.g. while changing locations). It's very annoying regarding comfortable playing (regarding sound). I'm using BlazeWCP and tried even with FBlit (with this program I was able to play even VideoCD andAVI/MPEG/QT/etc.  videos in 320 x 2xx resolution on AGA with PPC). Of course I'm talking about AGA fullscreen version. OCS version in fullscreen works fine. I suppose probably something's wrong with AGA fade out procedure.

Also You should know that Amiga supports 3 buttons in normal standard and 7 buttons in CD32 standard (which could be used on any Amiga, not only CD32).  It could be used for run (plus cancel) on different button than action, which is annoying to use when You're close to someone or something to use/check. 3rd button is on pin 5, more informations about it are here: http://wiki.icomp.de/wiki/DE-9_Joystick

As for Amiga version itself pack is very untidy and needs to work on it to begins game work. Game is not running from Workbench (with icon) and there is lack of Amiga specific flags, e.g. very important executable one. Simple script should be done in this case and some icons should be nice. Archive should be done on Amiga (yes, there is ZIP archiver).
ZIP: http://aminet.net/package/util/arc/ZIP232
7ZIP: http://aminet.net/package/util/arc/p7zip-9.13-m68k

Thank you for the detailed message. It seems that the code for handling 3 buttons on Amiga is already present. If you go to Game Options -> Button config and select 4butn, then you should be able to assign each of the 3 buttons.

I am looking into the other issues that you raised.

Another build for Amiga was just added which may correct the screen fade / sound problem and executable flags. Feedback welcome.

Now fading out is ok.
Moreover as I see there is 3 buttons option in settings.
It's much better about aesthetic way, but still no proper icons and scripts.

The first impression is already quite good.

I was only able to open the AGA version on the Amiga 1200 with Vampire 1200 in the window.

Only the OCS version ran in full screen.

Does this work on the V4?

If you mean the Apollo Vampire system... I'm not certain. But I don't see a reason it wouldn't. ApolloOS seems to be based on AROS? The game runs in AROS Vision under WinUAE at least...

Just tested it, works great, thanks!

Any plans to publish this on cartridges?

It is under consideration :)

Hey, What are the requirements for Amiga version ? Any gameplay video ?

Minimum requirements are 3.5MB of free memory, Kickstart 3.1 or compatible, and an AHI driver for sound. When using classic Amiga hardware, I think that a 68040 at 40MHz would be enough speed. 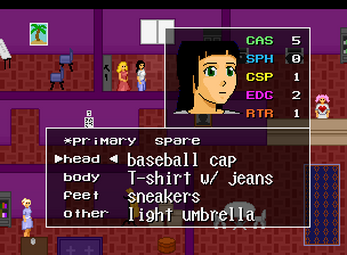 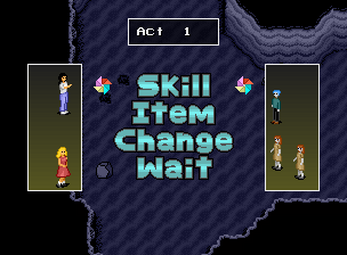 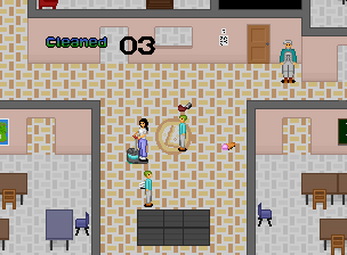